It is attached to the Telvanni Tower (You'll have to fly to get to it) and is run by a pharlan called Kadkatadea Chaigan.

The clothes and armor are better bodies compatible but the "uppers" are designed for males and "non-endowed females" if a female character with a "chest" tries to wear the uppers you'll experience MAJOR clipping. This mod also includes all of my wing re-textures as wearable wings.

Black wings, angel wings and rainbow wings are there for you to buy.

What's changed in the new version?

Upgraded the pharlan race for the NPC in the mod - no more orange insanity.

And I fixed the readme which for some reason was a copy of the forest pharlan readme. . . .

Some of the clothing in this mod may clip with original MW clothing and non BB clothing in general so wear with care. Screenies! 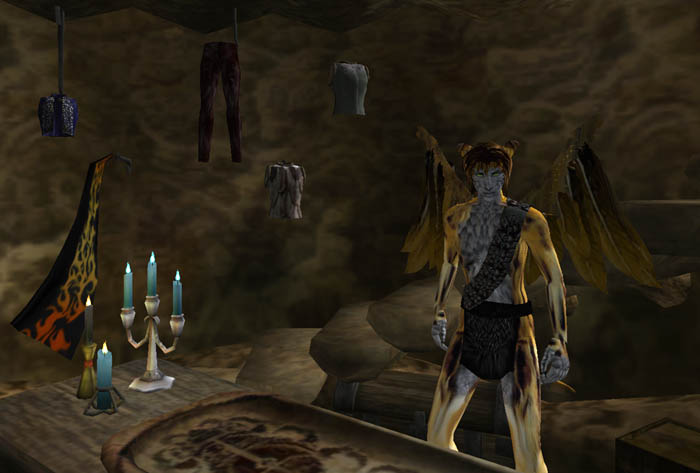 What does the mod include: